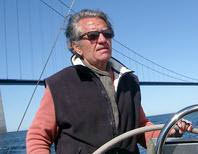 Jarl is of Danish origin and citizen of Bordeaux since 2002. During his career in international tourism, he has hold positions as director of VisitDenmark in Copenhagen, London and Paris, and president of the Scandinavian Tourist Boards in New York. Since 2001 he has worked as consultant for governments in developing countries specializing in sustainable development. And he regularly gives conferences on cruise ships on cultural and political topics. 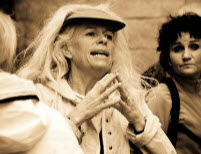 After her english classes in London, Christiane born in Alsace, ventures all over France and Europe for her work as a classical tour guide. It is in Paris in 1995, that she rediscovers her work with « Paris by bike » after a RATP (metro and bus) three months long strike. In 2001 she is hired by Vermont bicycle touring as a tour leader to discover the France and Europ’s most beautiful regions. Finally she migrates in the south west and moves to Bordeaux with her husband to create the association « Bordeaux by bike » in 2009. 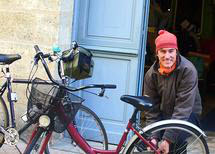 After he graduates in tourism institute of Québec , Paolo starts his carrier as a chef and maître D in the Sofitel of Montréal. Feeling his passion for biking grow, he decides to make a living out of it. He becomes a trip leader and mechanic for VBT in America and later in Italy and Holland where he meets his futur wife and business partner in « Bordeaux by bike ».